Expressions of Kept Emotions and Experiences 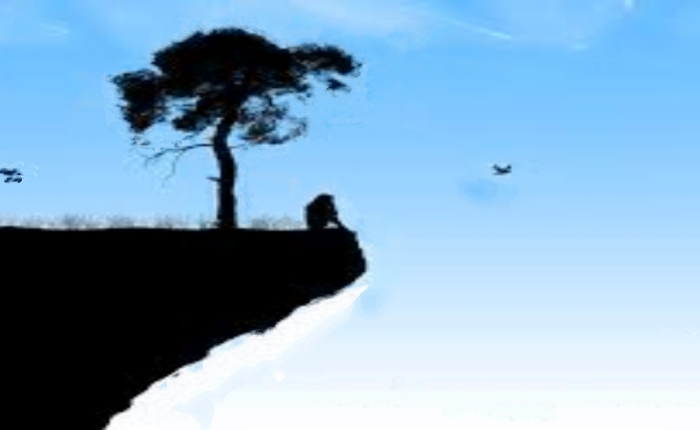 It seemed my mental health diagnosis was revised whenever a new illness was defined in the DSM. From when I was thirteen years old until this day at age sixty, I’ve become familiar with those diagnoses slapped on my back; major depression, generalized anxiety disorder, personality disorder – antisocial. SAD, PTSD, borderline personality, schizoid affective disorder, disassociation disorder, and at present Bi-Polar Type II. If I reject each diagnosis found in random files that bear my name would it matter, really?

Nonetheless, I don’t believe I have a mental illness per se. I behave according to the norms perceived to exist in the world I was born. Unfortunately, my impulsive behavior tends to run amuck in an unforgiving system of laws and expectations. Finding in the aftermath one more mountain of unforgiving regret.

That I cry most often, that I do alone very well, that I curse the iniquity found across all cultures, that I hold grudges well past their expiration date are the parts of me I    understand. And, that’s far more than most would admit. 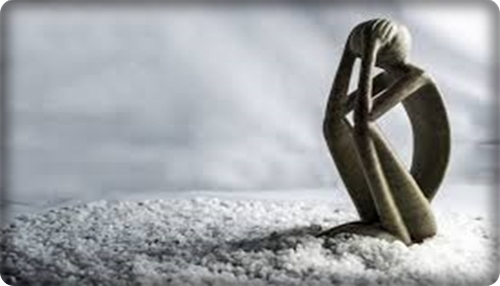 “Can’t stop these feet from sinking and it’s starting to show on me. You’re staring while I’m blinking, but just don’t tell me what you see. I’m so over all this bad luck, hearing one more keep your head up, is it ever gonna change? So, let me just give up. Let me just let go, if this isn’t good for me, well, I don’t wanna know. Let me just stop trying, let me just stop fighting. I don’t want your good advice or reasons why I’m alright, you don’t know what it’s like, you don’t know what it’s like.” ~Katelyn Tarver

I am tired and yet I do not sleep for fear of dreaming.  I complain it is too quiet and yet I cannot tolerate noise. With all my strength, I try to accept that I have no choice but to remain a resident of Hell. Continuously obsessed with feelings of regret feeds my hatred for my now empty life and glaucoma that wrote this tragedy leading the way to this pathetic city.

The inherent beauty once I found in my hometown of  Santa Barbara in contrast to this disgusting, filthy place is heartbreaking. Against the advice of the police, I venture out with my dogs at dusk not caring if I get assaulted or murdered.  I am tired of pretending everything is alright, in fact, I hate happy people.

January of this year my car insurance increased by $54 at the same time the Social Security Disability Department sent me a letter that read I would have to start paying $134. for Medicare. I have struggled to make ends meet since and have concluded poverty sucks. Yet, while trying not to become so – that I do not recognize there are many who will not eat tonight, I still want what was, but will never be again.  Unbelievable is a word I use often. It is unbelievable that I am expected to live on 19k, though I try, I cannot. I want my life back, I want to go home, I want what was stolen from me by the unethical Santa Barbara Public Defender Kim Craig Williamson, may G-d strike him dead.

Everything appears old, sounds old, tastes old, is old. I want out of hell, my worst fear is to die a silent death here in Hell.  I have said that I am always alone, but I am never lonely and I wonder, in the silence of this empty life, if I was lying to myself. 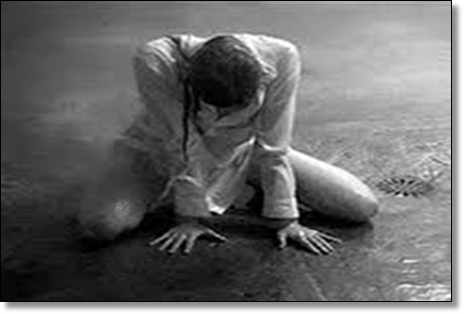 Ever since I can remember they said that I am too sensitive. Emotional reactions to images of suffering are painfully intense and long-lasting.  Likewise, joyful events such as weddings or the birth of a newborn will cause outward tears while inward I am experiencing deep un-named emotions that are beyond expectation.

Unfortunately, there are times I have embarrassed myself because I cannot predict nor control my response to what may come. Consequently, I have concluded Earth is a place of purgatory. Where the abundance of images of animal cruelty, starving children, grieving parents, refugees huddled together leave me in a perpetual state of trauma. The daily realization that I cannot end something so pervasive as the evil that is inherent to humanity fills me with hopelessness.

Within my fractured mind were chaotic emotions that became small particles of nothingness. The heaviness of spirit became weightless and buoyant as if I returned to the warmth of my mother’s womb. Purposely, I surrendered my dreams to float in the shifting winds without the care of a destination. My only remaining thought is that they should never come down. 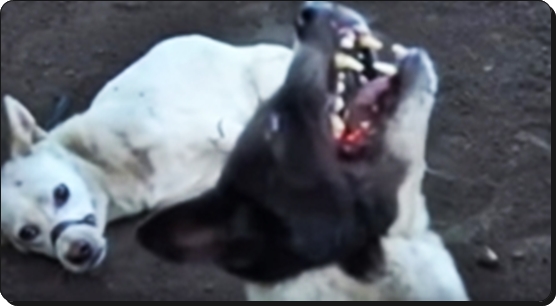 Born in my soul is a furious demanding that no rational reasoning has yet to diminish. Across seas on the shores of foreign borders is an abomination that, in real time, fractures my belief in the goodness of humanity.

The imputable acts of torture and the willful cause of abject suffering as standard practice in the Dog Meat Trade is the depravity inherent to societies run by psychopaths who cannot perceive what is outside of human nature and determine what is morally corrupt.

Uncountable numbers residing in uncountable nations constitute the forces of compassion and empathy that will fight for the innocent who are ill-fated in this vile trade. Many nights in the quietness, I make a futile attempt to find the rationale in the absoluteness of misery.  As usual, I only find myself in tears.

The contentious brutality in the Dog and Cat Meat Trade is like the darkness only found in the depths of a frigid sea and the greedy causality is like a shallow river of poisoned water, void of life. Though the minions of evil continue to spill innocent blood so will my comrades and I continue to fight until they are all driven to hell. 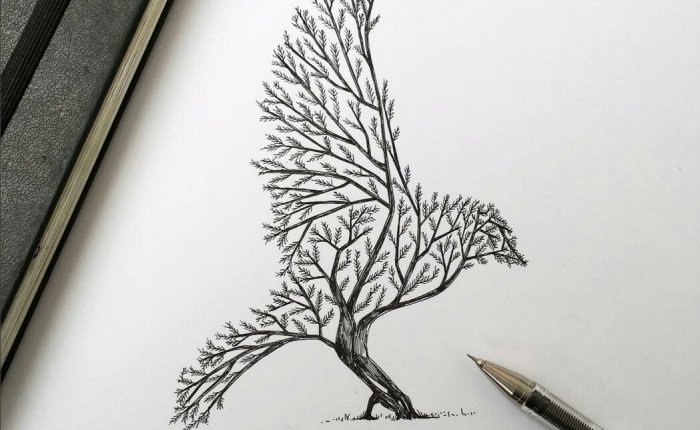 These words, too, were passed down to me by my mother. In the time of my need, they are again presented. The universe has accomplished an amazing feat.

This is a proverb indicating that all material conditions, positive or negative, are temporary and time solves all problems.

I once read that the great Abraham Lincoln used to have a grand affinity for this proverb. On September 30, 1859, Abraham Lincoln included a similar story in an address before the Wisconsin State Agricultural Society in Milwaukee. This is what he said;
“It is said an Eastern monarch once charged his wise men to invent him a sentence, to be ever in view, and which should be true and appropriate in all times and situations. They presented him the words: “And this, too, shall pass away.”

How much it expresses! How chastening in the hour of pride! How consoling in the depths of affliction!

When we are in trouble, we feel that we are the only person who is facing these mountains full of doubts…

When I rounded the corner on my way to the bank, I saw two police cars and an animal control vehicle parked in the roadway up ahead, gathered was a small crowd of people at the corner. As I slowly drove passed, an animal control worker leaned over the body of a small dog that lay still on a small grass area that lined the sidewalk. The dog must have collided with a car, the thought deeply saddened me.

Less than ten minutes later, on my return, I again passed the scene. This time, on the grass alone, was the lifeless body of a dog next to a yellow fire hydrant. The emotional memories of loss pressed against my chest causing tears to stream down my face. When I arrived home and exited my car a woman stopped to ask if I had heard what happened to the dog. I said to her that I thought a car had struck the dog. She shook her head with a sadness I could feel before she slowly described the horror that had taken place five minutes before I rounded the corner.

The owner had just left his house to walk his dog. Out from nowhere an unleashed dog aggressively charged his dog. He kicked the charging dog away at which time the owner of that dog started yelling from across the street. A brief altercation ensued when the unleashed dog’s owner demanded money from the man who kicked his dog. The owner refused, turned away, and quickly headed back to his home.

A brief time later, his teenage son volunteered to take the dog out for a walk. Unfortunately, the man who demanded money returned with another man each bearing a machete. One of the men yanked the dog’s leash from the son’s hand, dragged the dog over to the yellow fire hydrant where the man tied the dog’s leash so it could not escape. They then brutally attacked the dog with the machetes, severing the dog’s spine.

I could not respond to the woman, in shock, I fumbled with my keys to unlock my front door, I desperately wanted to get inside and close out the world. I sat on the couch to ponder the depth of man’s brutality admittedly knowing humanity has exhibited such evilness since its appearance on this planet. Tears of heartbreak dripped from my chin as images of the dog laying there next to the yellow fire hydrant repeated in my mind. 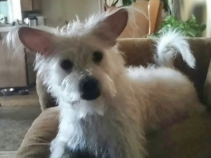 The next morning my dog, Buddy, and I started out for our morning walk. We rounded the same corner and as I neared the fire hydrant I noticed several bouquets of colorful flowers, stuffed teddy bears, and several dog toys now lay around the fire hydrant. I crossed the street with Buddy and approached the memorial.  Someone had hand wrote a poem on a piece of cardboard and taped it to the top of the fire hydrant. The title read, “The Rainbow Bridge.” It was a poem about pets that cross over this bridge to find endless fields of green grass.

After breathing everything in, I turned away with tears in my eyes and started back across the street with Buddy. There is no way to truly comprehend mans’ ability to commit such heinous acts. As I walked farther away from the memorial, Merced appeared even uglier something I thought impossible. After arriving back home with Buddy, I returned to the fire hydrant with a Buddy Bone and placed it in-between the vibrant spring flowers. I wrote on the plastic baggie, “R.I.P. Innocent One.” 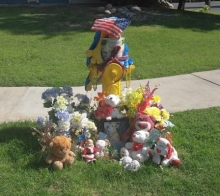 Quickly identified, the police arrested the butchers where they remained in custody for many months during their trials. Almost a year would pass before a conviction would keep the sub-humans jailed for another year. Over the months until the sentence was known the memorial remained. As the self-appointed caretaker, Buddy and my morning walk included removal of old flowers and repositioning stuffed animals.

Two years have passed, but the image of the innocent dog laying on the ground has become indelibly etched into my memory. To this day, every time I come around the corner and see the yellow fire hydrant, I think of the dog and the colorful memorial, I believe the entire neighborhood does as well.